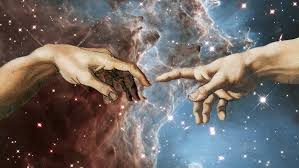 These elements of fiction are the basic principles that every writer must know and use to write truly compelling fiction.

(Note: there are a number of concepts that I do not mention on this page such as "characterization", "dialogue", "suspense", etc. Because these concepts are not elements but rather techniques.)elements of fiction

The valuable final product of fiction writing is a "STORY".

This is by far the single most important of all the elements.elements of

That word, "STORY" is the front door to the entire subject.

The understanding of exactly what a story is, what it does, and why it works that way, should be the foremost concern of every fiction writer. f

Upon the understanding of this piece of magic we call "STORY" rests not only all our hopes and dreams as writers, but the needs and desires of our readers.

When we think of the elements of fiction this one should have been the simplest of all. But I discovered it was so poorly defined as to be virtually missing. Compare the following definition against your dictionary and you'll see what I mean. elements of fiction

Story - a fictional narrative; consisting of an introduction leading either to an event (or two causally related incidents, culminating in an event) and ending with a conclusion of the premise of the narration.elements of fiction

These two structures are also referred to respectively as "One-Act" and "Three-Act" stories however, it can be seen that the One-Act story consist of three, and the Three-Act story consists of five major components which I call "Movements".

(See - special definitions of 'incident' and 'event' as these two terms are not synonyms.)

(Note: this definition will not be found in any dictionary; however, it is quite workable. All dictionary definitions [even the oldest ones] were found to be partially or completely unworkable.

The key point here is:  however one comes by the story is relatively unimportant.elements of fiction

What is important is that -- one has a story before attempting to tell a story. elements of fiction

The best definition for premise is:  "a universal, self-evident, truth".

That’s kind of a mouthful. Very accurate, but for those of us less highbrow we can think of it simply as, "Why are we telling this story? What’s the point?"

To actually be a "story", the narration must be illustrating a point.elements

The main point is illustrated by your protagonist.

The counter point is illustrated by your antagonist.

And each of the supporting characters in your story are there to contribute in some way to illustrating the point or counterpoint.

In terms of the elements of fiction when this one is ignored or misapplied the result is an episodic tail that goes on, and on, but leads to nothing more than a yawning audience.

Writing a Novel is not just one activity.

"Writing" is 4 separate and distinct processes. Each of which has its own rules, methodologies, tips and techniques.

If you try to do all of these at the same time it will drive you nuts.

A juxtaposition of two or three ideas, people or events that suddenly come together in our minds eye suggesting something that we've not thought of before or at least not in that way. It often goes by the name of inspiration. It's usually an insight into why or how something is the way it is.

But at this point it's just an idea.elements of fiction

Failing to understand this and the next two elements of fiction is usually where the writers' problems start.

Without a system to harness, channel and shape this inspiration into an effective narrative, we either get stuck in repetitive rewrites (if we even finish a first draft) or our story wanders off and eventually falls over a cliff of confusion and indecision.

If you've been writing for any amount of time you know what I mean - because you have several unfinished "projects" in files or boxes that went that route; from inspiration, to frustration, to lack of interest.

(Note:  The Story Tech System can resurrect those unfinished projects so that you can finish them.)elements of

This is a vital step in the element of fiction.

Skipping over the design phase is probably the largest single reason that projects are not finished, or if finished, fail.

The design process is how you lay the synopsis of your story over the "bones" of the universal story structure.

Yes, there is a universal structure for long fiction such as novels and feature films.

This is known by Science Fiction writers as "World Building" however, it is equally viable and, in fact, vital for all genres of fiction.

Like the two above, I have developed this vital aspect into a step-by-step process.

There are only 7 major categories that one need consider when "world building". These 7 are scale-able from something as small as a village to a galactic empire.

Failing to do this step the writer will inevitably wind up painting himself into a corner.

This is where you actually sit down and "tell" the story by typing the words onto the page that convey the images into the mind and heart of the audience.

This is the part that everyone calls "writing".

But notice that there are three processes that come before Story Composition.

Those three steps are crucial elements of fiction. Collapse these four into one activity - trying to make it all up as you go - and you’re a candidate for the "rubber room".

There is something else here that no one has ever talked about.

And it just happens to be the single most important aspect of typing those words.

We all know that "stories" are magical although we might not think about it much.

Well, I spent a great deal of time delving into and researching the "magical" aspect of stories.

I discovered precisely what that magic really is.

And I discovered exactly how and why the magic works the way it does.

Here is the really important part.

Storytelling (what most people refer to as "writing") is a technology,

and must be approached as such.

A technology can be learned and mastered.

Writing (particularly fiction) is the most powerful, complex and difficult to master of all the fine arts.

This statement is not an attempt to lessen in any way the value or beauty of the other fine arts. It's just a simple fact.

Mastering the elements of fiction is like the ancient Oriental game of "Go", of which it is said, "It takes only a few minutes to learn the rules - but a lifetime to master them."

Those are the basic Elements of Fiction Writing.

Study them, understand them and use them, and...

Have your say about what you just read! Leave me a comment in the box below.
[?]Subscribe To This Site